You may have heard of recent censorship on the major social media sites.  Alternatives are on the rise such as Gab and Yandex.  Just yesterday, I did this search on Yandex:
"young earth" history philosophy
My site came up #5 on Yandex but today it's further down the list but at least it's on the first page. 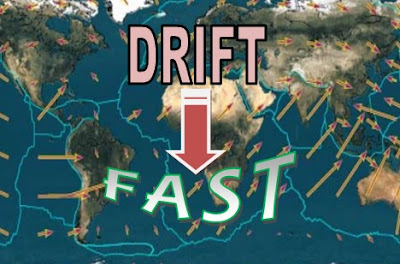 If the earth is really young, then plate tectonic (continental drift) had to move super fast.  Are there indications of this?  See chapter six in my book.  Also, check out this report from LiveScience on a new rift in Africa:

A piece of East Africa is expected to break off the main continent in tens of millions of years [I doubt it].  And if you need any proof, look no further than Kenya's Rift Valley, where a giant, gaping tear opened up following heavy rains and seismic activity ...  The enormous crack appeared on March 19 [2018] and measures more than 50 feet (15 meters) wide and several miles along ... it's still growing longer. 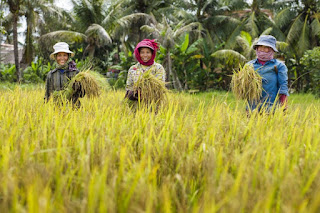 A piece from Colorado State University deals with the origin of Ag:

The invention of agriculture changed humans and the environment forever, and over several thousand years, the practice originated independently in a least a dozen different places.  But why did agriculture begin in those places, at those particular times in human history?

Stephen Jay Gould called Georges Cuvier the "Newton of natural history.”   Cuvier held that there was a global natural disaster just thousands of years ago, so of course humans had to reboot and start there ag projects from scratch.   Also, some groups may have lost the skills and had to learn it again from other tribes or derived the concepts from careful thought and observation.

There is strong evidence that humans and dinosaurs have coexisted. [1]  Even Calvin & Hobbes likes to play with the idea!  As a child, I had a similar imagination.  One example is the many dragon tales around the world.  In France, on the Rhône River, there was a dragon named Tarasque which had a number of dino-like characteristics.  Dragons are dinos.  If so, maybe we need to question the dating methods that say T-Rex went extinct 66M years ago.

Please be sure to check out our book, videos, podcast and social media early and often.  Here is my Gab page.