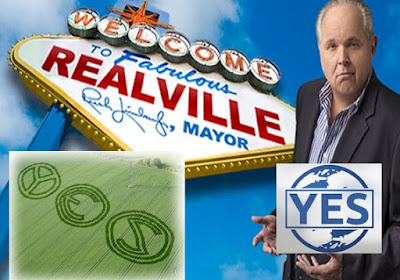 Happy Pi π Day (belated)‼  I was shocked in a happy way when I heard Rush Limbaugh yesterday talk about the age-of-the-earth controversy (just like Rick Perry, Marco Rubio & Ben Carson!).  Is Rush ready to embrace Young Earth Science (YES)?  In the context of the death of Stephen Hawking and the Big Bang, Rush divulged this,

His brother David admitted that the young earth view is a live option. [1]   Furthermore, a 2014 AP-GfK poll found that 36% doubt the old-earth view.  Here are my podcasts confronting Old Earth Fallacies and defending YES.  Rush pushes against the mainstream, arguing against the billions of years hawked by Big Science is non-conformist as well.  Rush said this yesterday,

By the way, Stephen Hawking in his early days was more open to God's reality:  "If we discover a complete theory, it would be the ultimate triumph of human reason – for then we should know the mind of God" (A Brief History Of Time, 1988).  Could God have created a planet that's only thousands of years old?  Speak your mind >> YoungEarthScience@yahoo.com 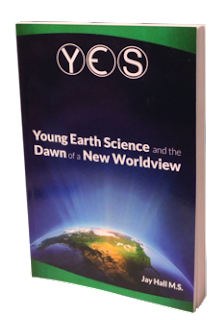 My book, YES -Young Earth Science, supports a youthful world from history, philosophy and science (TotalYouth.us).  How does pi relate to the origins debate?  Find out here.