The Book Eater by ICE-J 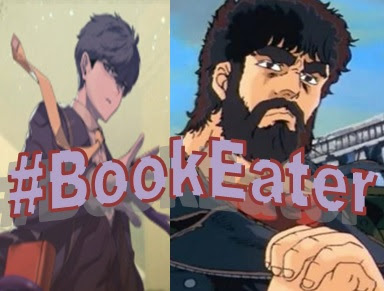 In a galaxy cluster next door, there lived an old book eater (88 yo).  This is his amazing story ...

I was born a poor small child of foreign extraction.  The neighborhood kids bullied me because of my exotic accent.  My mother and father named me Wysse Franklin.  Better known as the "book eater," I had wonderful amber eyes.  Of course, the data in the books I read went straight to my neurons.

Due to the massive knowledge dump, I became a child prodigy (recall Flowers for Algernon).  In my teens, I ate too many books and my stomach popped.  The first-aid bandage was wound around my wound.  My ulcer developed in Ulster (Doyle anyone?).  When we left Ireland, we hung out at the #StupidTax pub on the Isle of Man.  The #StupidTax was the fave haunt of hundreds of Davey Whammy fans.

You may think that eating books may have deleterious health effects.  Au contraire mon frere ... the consumption of the written word may lead to prebiotic, probiotic, postbiotic and non-hypnotic reactions.  I ate a book about tortillas - I got pretty wrapped up in it.  Then I ate one on sea monsters ... it was really Kraken me up!  The other day, I chewed on The Owl and the Magician - that night I dreamed about Houdini.  I performed at the Apollo Theater in Harlem in the 1970's.  Sims the clown walked me off the stage.  I dodged so many rotten tomatoes that I thought I ate a book of movie reviews. 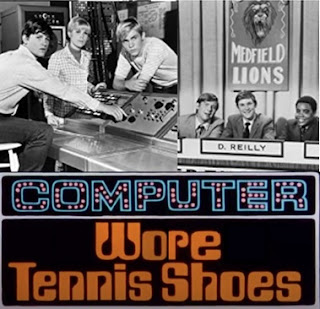 I hear y'all skeptics out there saying, "that's impossible!"  But don't forget about Rusty Curtis who bumped into a computer and became a genius.  He was a whiz at the College Bowl competition!  You may say, "that's just Hollywood."  Well,  here's some real proof ... 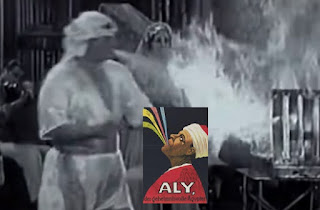 In Vaudeville, Hadji Ali (d. 1937) would spew out of his mouth kerosene and caused a fire to a toy house then directly after that he would spew out water to put out the fire. [see this video @ 26:40 mark]  Another regurgitater could swallow a goldfish and a small shark and either spit out the shark first or the goldfish on demand. 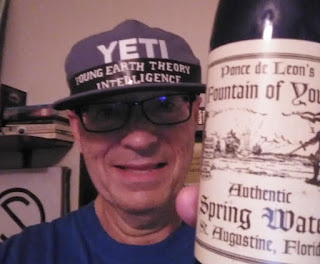 Ponce de Leon looked for the Fountain of Youth in Florida but never found it.  However, when I began eating YES - Young Earth Science and Is a Young Earth Possible?, something strange began to happen and my gray hair disappeared and my wrinkles went flat.  It was eerie.  This may remind us of The Picture of Dorian Gray by Oscar Wilde.  Dorian would trade his soul to stay forever young,  but we should never make a deal with the Devil (Mt. 4:1-11).  While the face in Dorian's portrait turned ugly, he remained young and handsome. 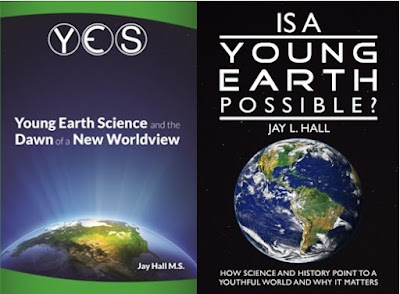 So, thanks to consuming (literally) books supporting a youthful world, although I am actually 88 years old, I don't look a day over 39 yo.

Then I looked, and I saw a hand stretched out to me.  In it was a scroll, which he unrolled before me.  On both sides of it were written words of lament and mourning and woe.  And he said to me, “Son of man, eat what is before you, eat this scroll; then go and speak to the people of Israel.” ... Then he said to me, “Son of man, eat this scroll I am giving you and fill your stomach with it.”  So I ate it, and it tasted as sweet as honey in my mouth. (Ez. 2:9-3:3)

Then the voice that I had heard from heaven spoke to me once more: “Go, take the scroll that lies open in the hand of the angel who is standing on the sea and on the land. ... Take it and eat it. It will turn your stomach sour, but in your mouth it will be as sweet as honey.” [c.f. Ez. 3:3 above]  I took the little scroll from the angel’s hand and ate it.  It tasted as sweet as honey in my mouth, but when I had eaten it, my stomach turned sour.  Then I was told, “You must prophesy again about many peoples, nations, languages and kings.” (Rev. 10:8-11)

How sweet are your words to my taste,

sweeter than honey to my mouth!

I gain understanding from your precepts;

If you are a #DarwinDoubter or support the youthful world, please show your swag by getting some merch.  If the pics don't show, try a different browser.

Please feel free to give us your feedback Pro or Con:

Posted by Truth Seeker at 3:05 AM No comments:

In Search Of ... Biological Essentialism 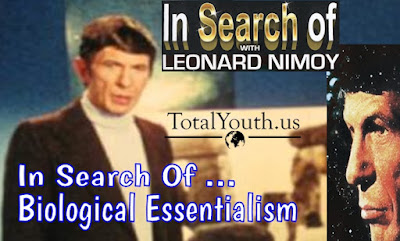 Leonard Nimoy (d. 2015) hosted the TV show "InSearch Of ..." from 1976 to 1982.  Nimoy wrote I Am Not Spock (1975) as well as I Am Spock (2015).  Nimoy's show explored lost civilizations, early global navigation, myths, monsters (such as the Loch Ness Monster), unexplained phenomena and other great mysteries.  In Search Of featured the work of scientists and other researchers.  One episode tackled the Dead Sea Scrolls.  One show dealt with mixing genes from different species and taking a "philosophical look at the essence of life at its molecular level."  Aristotle favored the stasis of basic kinds.  Now we are in the realm of Biological Essentialism (#BioEss) - the view that there exists Essential Types of Life (ETL's) with fixed limits.

Would you like to learn more about Biological Essentialism?  Depending on your search engine, you may get zilch on the historical and academic meaning of  "biological essentialism."  Hopefully, Elon "Tesla" Musk will make Twitter more fair.  Please follow me: @YoungEarthSci

Sadly, when Trump told the crowd to go home in peace on Jan. 6th, 2021, his video was banned by Twitter.  I would have attended the rally, if the logistics would have worked out.

Back in the mid-2000's, when net censorship was a not a primary worry, a Ray Comfort (Living Waters) video was in the Top Ten!  Do you recall the video with

Kirk Cameron (Growing Pains) where Ray talks about how a banana is "finely tuned" for human consumption?  Here is a graphic from the show (adapted): 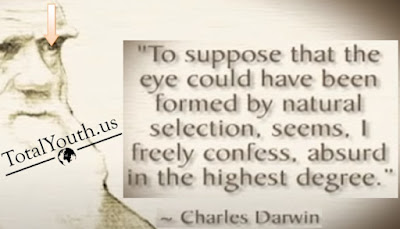 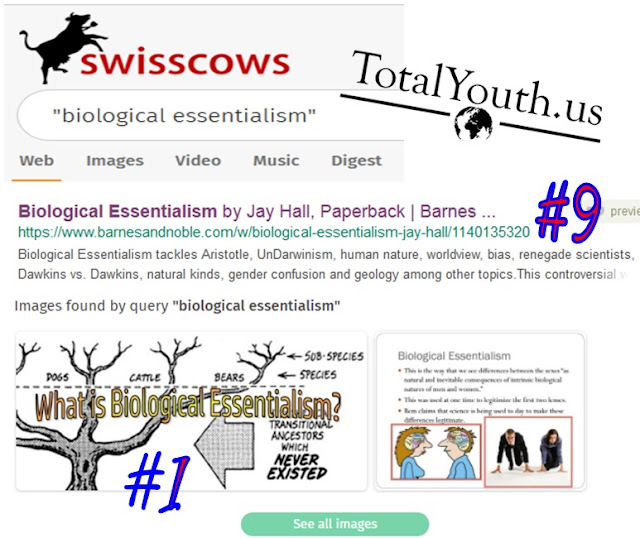 Hunting for biological essentialism (without quotes) on Swiss Cows pulled up this: 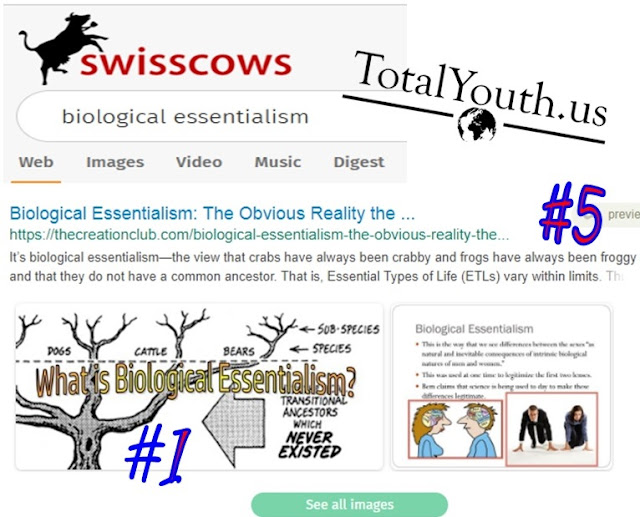 The original source of the post was from this blog (July 2021).

BitChute put my #BioEss video to the top:

You may get different results on your phone.  If so, let me know:

You can also shoot me a note if you'd like a **FREE** excerpt from my book.

In the last chapter of my latest book, Biological Essentialism, I touch on the connection between the fixity of basic types of organisms and Young Earth Theory Intelligence (#YETI).

Posted by Truth Seeker at 5:28 PM No comments: 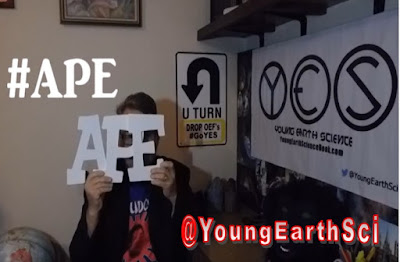 Please help get our latest episode of "Young Earth Today" past 314 views...

Kosuke Fukudome (my shirt) is an outfielder for the Chunichi Dragons (#9), previously he played for the Cubs for four years. 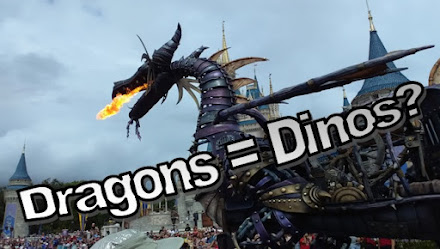 Speaking of dragons, it seems clear that dragon legends, ancient artwork and sculptures point to the co-existence of man and dinos in the not too distant past:

This seems to contradict the Old Earth Fallacies (OEF's) of Big Science.  See my prior two books for more info:

We appreciate your opinion - let us know what you think:

Posted by Truth Seeker at 4:51 AM No comments: