The Argument: Aristotle to Thousands of Years 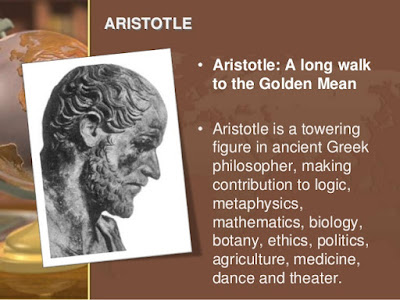 Aristotle's views on biology support the thesis that Essential Types of Life (horses, frogs, humans etc.) remain stable and vary within limits.  That is, stasis along with change that has a boundary.  There is an excellent episode of In Our Time with Melvyn Bragg (BBC) on Aristotle's Biology.  My interview with David Kitts, who taught Philosophy, Geology and History of Science, touches on Aristotle as well. Now, when we combine this premise, stasis of Essential Types of Life (ETL's), with the fossil record, how do we proceed?  Tertullian pointed to fossils found on mountains as evidence of the Great Flood, the mega-catastrophe Earth endured just a few thousand years ago that even the founder of modern paleontology Georges Cuvier accepted.  Augustine saw fossils as the remains of creatures living before the Flood.  Martin Luther referred to fossils as being the result of the Deluge in his commentary on Genesis.  Agostino Scilla published a work in 1670 on fossils which he illustrated himself which pointed to the Flood as their cause. [1] 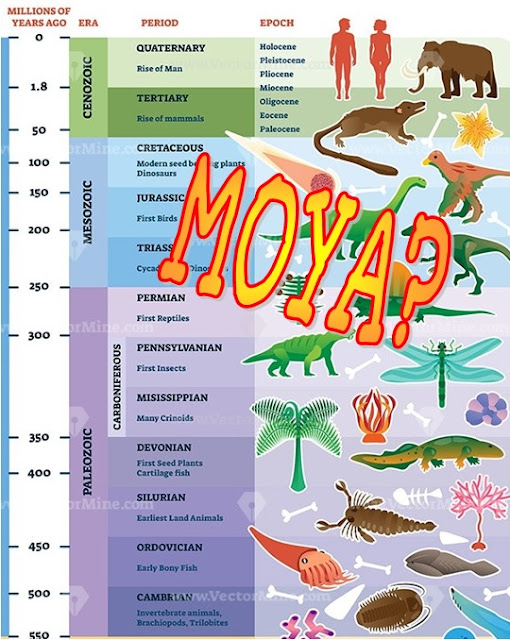 What if most of the geologic record was part of a single event, how is the general fossil order explained?  Ecological zonation, shallow marine organisms would be in the lower layers, hydrodynamic sorting and the higher mobility of vertebrates seems to be the solution.  That is, there was no "Age of Trilobites" or "Age of Dinosaurs."

Now, if most of the rocks were formed rapidly, that is catastrophically, then we need to drastically reduce the traditional geologic timescale.  Derek Ager was President of the British Geological Association and wrote The New Catastrophism which provides a plethora of examples of rapid geologic action.  If most rocks formed fast, could this planet be young (thousands, not billions of years old)?

Is there a pointer that implies most of the geology came from one event?  Let's look at the Strontium ratio (87Sr/86Sr) combined with sea level changes through geologic time: 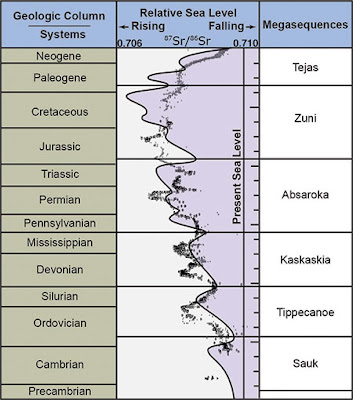 The fact that these graphs match up fits better with the idea the most of the rocks were made from a Singular Event of Rapid Geologic Activity (SERGA).  Did the giant dragonflies live Millions Of Years Ago (MOYA)?  Maybe not.

For more cool info on the young earth, be sure to get your copy of Is a Young Earth  Possible? today!  Your feedback is most welcome:
YoungEarthScience@yahoo.com