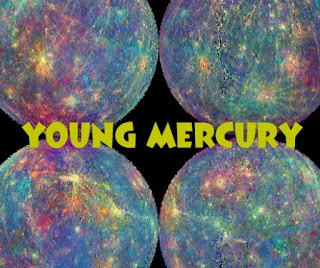 The young age of the small scarps means that Mercury joins Earth as a tectonically active planet, with new faults likely forming today as Mercury’s interior continues to cool and the planet contracts.

The scarps (some up to a mile high!) are young since they've survived  bombardment by meteoroids and comets. They are very similar to the lunar scarps found on the Moon.  This indicates that the moon shrank in the past, and might even still be shrinking.

For years, scientists believed that Mercury’s tectonic activity was in the distant past.  It’s exciting to consider that this small planet – not much larger than Earth’s moon – is active even today. 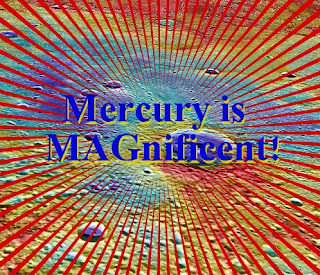 In addition, Mercury has a global magnetic field.  This was supposedly created by a dynamo in the fluid metallic outer core of the planet.   However, this view poses problems for Old Earth Followers (OEF's) as admitted in a paper in Science:

The simplest interpretation of the results presented here is that a core dynamo was present early in Mercury’s history. ...  An early core dynamo can be driven by superadiabatic cooling of the liquid core, but in typical thermal history models this phase has ended by 3.9 Ga.  A later dynamo can be driven by the combined effects of cooling and compositional convection associated with formation of a solid inner core, but in most thermal history models inner core formation does not start until well after 3.7 Ga. [Ga = Billion]

In fact, Stamatios Krigmigis (Emeritus Head of Space Dept. - Johns Hopkins) stated that the discovery of Mercury's magnetic field was "totally unexpected" (see the video above).

Could Mercury be young?  What about our home planet?  We've written a book documenting a youthful earth using evidence from history and science, YES - Young Earth Science.
What do you think?  Let us know:  YoungEarthScience@yahoo.com