President Donald Trump spoke to a huge crowd in Melbourne, Florida (Feb. 18, 2017) and made this insightful declaration regarding the dominant media which occasionally gets the tag "fake news":

They have their own agenda and their agenda is not your agenda.  In fact, Thomas Jefferson said, “nothing can be believed which is seen in a newspaper.”  “Truth itself,” he said, “becomes suspicious by being put into that polluted vehicle,” that was June 14, my birthday, 1807.   But despite all their lies, misrepresentations, and false stories, they could not defeat us in the primaries ...  We are not going to let the fake news tell us what to do, how to live, or what to believe.  We are free and independent people and we will make our own choices.

David Klinghoffer offers a solution to the conundrum of fake reporting:

Since few of us have the resources to verify any of this with first-hand information, must it come down to a question of which side you trust least? ... what’s needed is some sort of independent metric for weighing the credibility of at least one side in the standoff over media truthfulness.

Is there such a thing as an unbiased slide-rule when it comes to mainstream journalism?  Klinghoffer himself fails to refer to the strong case for Young Earth Science (YES), even though he  mentions the young earth view.  Has he read my book?  YES -Young Earth Science contains over 450 footnotes and more than 130 charts, graphs and illustrations.  This work was dedicated to David B. Kitts (d. 2010) who wrote one of the few books dealing specifically with the Philosophy of Geology (The Structure of Geology).  Kitts studied with Theodosius Dobzhansky for a short time and later switched to Paleontology and was supervised by George Gaylord Simpson. 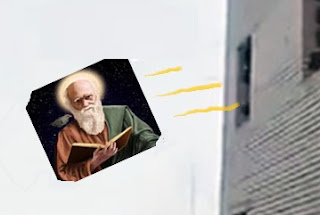 Of course, if this lovely world is youthful (thousands and not billions of years old), then evolution must go out the window.  The deification of Darwin must finally reach its just deserved final defenestration.

But who is wise enough to reject the established dogma of Darwinism?  Tom  Wolfe is a journalist and the author of The Electric Kool-Aid Acid Test, The Bonfire of the Vanities and The Right Stuff.  Who's afraid of the following radical declaration from Wolfe?

I came to the conclusion that Darwinism, the theory of evolution, is another myth. … And it’s no use saying that human beings evolved from animals, because they’re creatures with totally different powers.  If you have the power of speech, that’s also the power of memory ...  Well, I think a lot of people don’t agree with me, but the problem with evolution is, you have to wait six or seven million years.  It’s a little hard to recall. 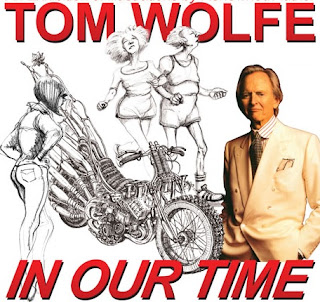 Is an old earth and evolution fake news?  Time will tell.

note:  the first pic above is Tom Wolfe speaking at the White House (2004)