Is It Time For A Young Earth? 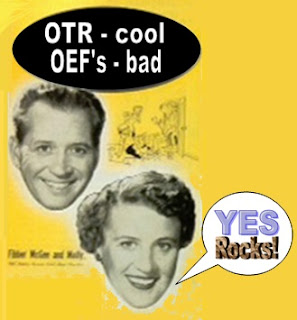 What is your opinion about the age of the earth?  What does Hillary think about it?  What is the Donald's view on this issue?  A relatively short history for this planet is now a live possibility.  Now is the time for all good scientists to come to the aid of Young Earth Science (YES).  Formerly, Young Earth Theory was discounted, but consider these words from R. F. Diffendal, from his article “Earth in Four Dimensions: Development of the Ideas of Geologic Time and History”:

To some extent the arguments about a short Earth history of a few thousand years versus a long history of billions of years are still going on today.  Most natural scientists support the long history.  However, some people including Richard Milton [Mensan, agnostic, science journalist] … support the idea of a short one. [1]

Be rational, this planet is younger than you think.  Some of the best evidences for devotees of a young earth include: 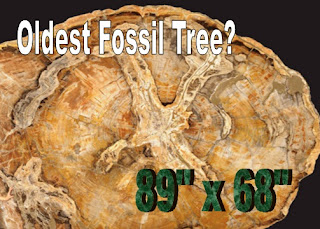 The oldest tree in the fossil record only has 816 rings (that's not recent).  Other arguments include catastrophism and soft tissue and DNA in fossils supposedly millions of years old.  We can’t re-create the Grand Canyon in a laboratory – the scientific evidence supports a rapid formation.  Mount St. Helens deposited thick layers and formed a mini Grand Canyon, so it does not take long ages for deep canyons to come about.

A Faint Young Sun is a problem for old earth advocates.  Many can talk origins, but they are depending on Old Earth Fallacies (OEF’s).  Research the facts for yourself!  Despite attempted rebuttals, the overwhelming scientific evidence tells us that my favorite planet is quite young.

Monitor the news and see how the perspective of most journalists is biased against young-earthers.  The public schools have a virtual monopoly and push the idea that the real history of the earth spans billions of years.  The educational establishment may club students over the head with old earth propaganda, but young earth sentiment remains strong as a recent AP-GfK poll demonstrates.

The young earth clock is gaining in popularity.  Young Earth Science (YES) is the future.  Google young earth and be amazed at the millions of hits.  Earth-Age is a topic that young earth skeptics need to rethink.  What would it take to disprove an old earth?

A few die-hard fans of the academic elite have turned scientists into gods and trust their every exposition.  For hundreds of years since the scientific revolution, most thinking people held that to a young earth.  It’s time to choose – will you investigate the facts that favor a fresh planet?

Young earth views are widespread.  A 2007 poll of 1600 Russians found that 30% agree with the statement, “[The] first human beings were living in the same era as dinosaurs.”  A 2005 survey of residents of the European Union had 29% agreeing with man-dino coexistence!  Are there dinosaurs in the modern world?

A powerful young earth book that can bring positive change is YES – Young Earth Science.  Just google yes jay hall or search yes jay hall on Amazon to learn more about this fascinating topic.  There is even a YouTube channel.  Join the discussion, build the dialog and follow young earth today.

The omnicultural approach to this controversy teaches us that a global catastrophe occurred just thousands of years ago based on traditions from around the globe.  If catastrophism is the leading paradigm in earth history, then a young earth makes sense.  Stokes and Judson state in their Geology text Introduction to Geology (Prentice-Hall) that,

A catastrophist might contend that the twisting and breaking of strata, the transportation of huge blocks of rock, the violent cutting of canyons, and the wholesale destruction of life is within the power of a great universal flood - and he would be right. [3]

Yes Virginia (& MD & DC), there is evidence for a young earth.  In recent times the progressive attitude has been open to a global cataclysm.  Consider Roland Emmerich’s disaster film 2012 which was based on Charles Hapgood’s pole shift theory which Einstein praised.

The Huffington Post had the following headline: Climate Change Worse Than We Thought, Likely To Be “Catastrophic Rather Than Simply Dangerous.”  The Huffington Post admits to catastrophic events in the future but ignores the great global disaster that changed the world just a few millennia ago.

Support liberty – press for school choice!  Allow our children to be exposed to Young Earth Studies.  Join the Young Earth Network that sees the robust worldview of a young world endorsed by Philosophy, History, Biology and Geology.  The International Year of Planet Earth should include speakers who accept a young earth.  Teach science – share the controversy!  Join the debate – our world is thousands and not billions of years old.

To uncritically accept OEF’s is a literal mistake.  The conflict between young earth theory and old-earthism clearly has implications for evolution and Darwinism.  Please share your thoughts >>  YoungEarthScience@yahoo.com