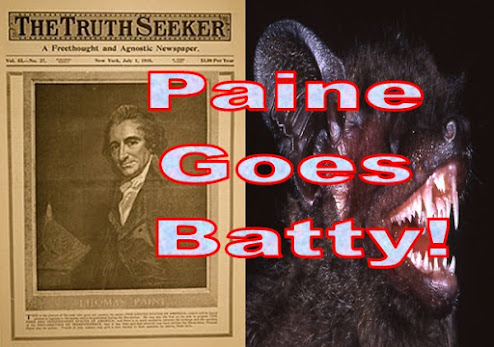 In our latest book Is a Young Earth Possible?, which defends a youthful world from history and science, we looked at the Sumerian King List.  This details the reigns of several kings, which if we convert them from sexagesimal to decimal we obtain a sum of around 7,000 years.  This makes the reigns of some kings around 800 years - is that reasonable?  In a June article from the Wall Street Journal, Adam Kirsch makes this fantastic revelation:

It sounds bitterly ironic now, in the midst of a global pandemic, but not long ago some of the most forward-looking people in the world believed that humanity was close to abolishing death. “If you ask me today, is it possible to live to be 500? The answer is yes,” said Bill Maris, the founder of Google Ventures, in 2015. Three years later, biomedical researcher Aubrey de Grey estimated that “people in middle age now have a fair chance” of never dying.

How does this relate to a young earth?  If man's early history only goes back a few thousand years, maybe humanity is young and the earth is as well.

"Why Bats Are One of Evolution’s Greatest Puzzles" appeared in the Smithsonian mag earlier this year.  Bats are the only flying mammals (sorry Rocky) and allegedly filled the skies for tens of millions of years.  In 2008, the bat Onychonycteris finneryi was found and dated at 52M.  We read this from the article:

The 50-million-year-old bat specimens are already recognizable as bats, so where did they come from? When, where, why and how the first bats become airborne is another mystery buried by Deep Time.

Now there is much evidence challenging Deep Time and Molecules-to-Madonna transformation.  How should the academic elites respond?  With open dialog, discussion and debate?  No ... let's go with censorship (1984 anyone?).  A piece in March from BioEssays written by Dave Speijer, advocates just that:

My favorite Thomas Paine quote: “He that would make his own liberty secure must guard even his enemy from oppression; for if he violates this duty he establishes a precedent that will reach to himself,” eloquently explains why I am not a great fan of taking down websites.  Only the most egregious ones .. should be treated thus.  ...search engines could have mandatory color coded banners warning of consistent factual errors or unscientific content ...

Speijer quotes Thomas Paine, the American Patriot who wrote Common Sense,  and then flatly contradicts him.  The First Amendment enforces real Free Speech and Ben Franklin was no book burner.  Speijer should read Unfreedom of the Press which gives the nitty-gritty on self-censorship, America's journalistic heritage, group-think, bias by omission, propaganda and pseudo-events.  Free Speech anyone?