Is it Illegal to Push Critical Deep Time Theory? 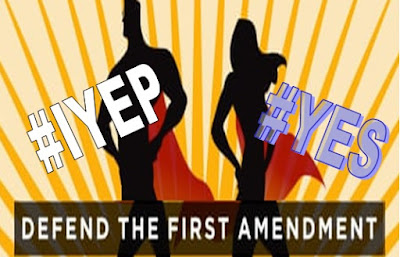 Given our current environment of extreme net censorship and severe lockdown restrictions putting liberty itself on the edge, will the next victim be Young Earth Theory Intelligence (YETI)?  If you search "scientific and historical evidence for a young earth thousands of years" on Yandex you may get a Quora item as the fifth result as I did:

My answer is the 2nd in the Quora list: 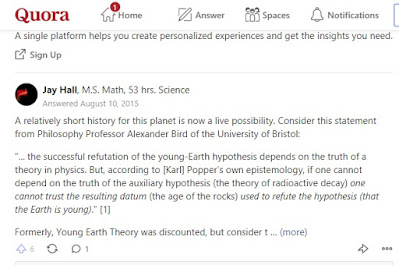 So, as of now, it is possible to find the true truth on the web, but what about standard academic journals?  Taylor & Francis publishes more than 2,700 journals and 5K plus new books each year.  They publish a journal about proteins:

Last year they published a paper on "Proteomes of the past: the pursuit of proteins in paleontology" which had this to say:

Despite an extensive published literature [85 examples are documented],  skepticism over the claim of original biochemicals including proteins preserved in the fossil record persists and the issue remains controversial.  Workers using many different techniques including mass spectrometry, X-ray, electron microscopy and optical spectroscopic techniques, have attempted to verify proteinaceous or other biochemicals that appear endogenous to fossils found throughout the geologic column.

Let me provide some focus - proteins break down relatively fast, so we should not find them in fossils that are allegedly M's of years old.  Proteins have been found in a 150M year old Seismosaurus from the Morrison formation (New Mexico).[1]  Writing in Nature online, Ed Yong states that, “Theoretical predictions and lab experiments suggest that proteins cannot survive for more than a few million years.”[2]

We have written two books defending a youthful world via science and history:

Let us know what you think:  YoungEarthScience@yahoo.com