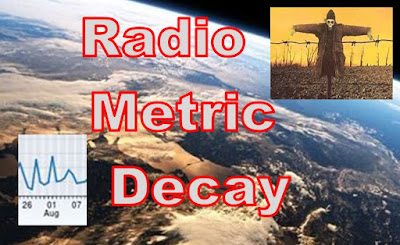 During this political season have you received a call to answer some survey questions?  I have had one such call, but chose not to participate - it was Texas specific.  How does Young Earth Theory Intelligence (YETI) show up in public opinion polls?

How old is humanity?

Is our home billions of years old?

What is the age of the planet Venus?

During discussions on origins, these distinct questions may be blurred together.

We have a chapter in our book Is a Young Earth Possible? espousing a young Solar System.

Around the year 2000 about 47% of Americans of voting age held that humans started on this planet within the last 10K years.  That's almost half, for all my old pals in Rancho Cucamonga.  A survey in June of last year showed that 40% still held to the "young humanity" position.  I would argue the this is not only consistent with YETI but implies it.  The beginning of man and the origin of the world go together (cf. Mk. 10:6).

Here is my survey question that I would like to get national attention:

How old is the Earth?

A Harris poll found that 39% of Americans confirmed that the universe, the Earth, as well as all the plants, animals came into existence within the last 10K years.  The survey was conducted in 2009.  A superb article in the Tulsa World at least gave young-earthers' their say:

Rabbi Yehuda Weg, with the Chabad, an Orthodox Jewish community in Tulsa, said belief in a young Earth is widely held in the Orthodox Jewish world.Weg said Orthodox Jews believe the world is 5,775 years old [in 2015 AD] and that humans were created on the sixth day of the creation, according to the biblical record.  He said that date is not derived from adding up the years of the genealogies in Scripture but is consistent with those dates.  “It’s not like we figured out the date by adding up the genealogies. It’s the other way around. This is information we’ve (handed down) since the creation,” he said.

The article also highlighted the work of Jonathan Bartlett of Broken Arrow (OK), who defends a youthful world with geological evidence.  We recently took a trip to Broken Bow and picked up a "Vote for Squatch" shirt.

In contrast, the National Academies of Science (NAS) produced a work in 2008 which is extremely one-sided (Möbius anyone?).  Their book deals with origins, the age of the earth and related topics.  It highlights ten short comments from several scholars, social leaders, organizations and legal opinions.  Yet, not one response from the opposition to the mainstream view, biological essentialism (like begets like) and a young earth, is included.  The authors state that some, "have argued that science teachers should teach the 'controversies' surrounding evolution.   But there is no controversy in the scientific community about whether evolution has occurred." [1]  Is that really true?  Charles Bleckmann, writing in BioScience, brings out some opposition to Darwin during the late 1920's:

Not all biologists accepted evolution. ... Barrington Moore [d. 1966], the first editor of Ecology and a past president of the Ecological Society of America ... said, “I have no use for evolution and do not see how any intelligent person can have.”  Moore, a founder of scientific forestry in the United States, is now honored by the Society of American Foresters with a research award named after him. [2]

For more recent examples of scientists who are Darwin Doubters, I would highly recommend Slaughter of the Dissidents by Jerry Bergman.

The NAS report has a segment on radiometric dating, but it fails to bring out the fact that it was not until an endorsement by a key scientific committee in 1926 that gave radiodating its supreme status as "proof" of Deep Time.  Dating rocks via radioactive isotopes is not all that.  A paper from Science mag (AAAS) drops the Kraken on Rubidium-Strontium dating:

One serious consequence of the mantle isochron model [a method that avoids knowing the initial daughter product] is that crystallization ages determined on basic igneous rocks by the Rb-Sr whole-rock technique can be greater than the true age by many hundreds of millions of years.  This problem of inherited age is more serious for younger rocks, and there are well-documented instances of conflicts between stratigraphic age and Rb-Sr in the literature. [3]

Research from the Geological Society of London exposes the radiodating skeptics: "Much still remains to be learned of the interpretation of isotopic ages and the realization that the isotopic age is not necessarily the geologic age of a rock has led to an over-skeptical attitude by some field geologists." [4]

Are there other methods of dating our wonderful world?  One technique is to look at various metals in the oceans:

The answer to the age-of-the-earth controversy is simple: stop the censorship and support free speech.  Our two most recent books provide evidence from history and science that favors Young Earth Theory Intelligence (YETI) and truly drops the Kraken on Deep Time:

Is a Young Earth Possible?