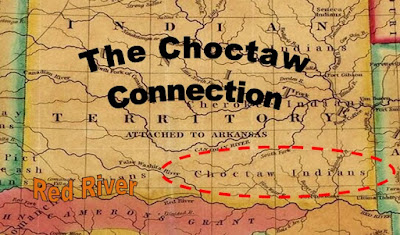 Have you read Bury My Heart at Wounded Knee?  Are you familiar with the Trail of Tears?  In the early 1830's, around 125K Native Americans were forced to flee their homelands in Georgia, Tennessee, Alabama, North Carolina and Florida and travel to Oklahoma (Indian Territory).  Many died along the way.  The Choctaw, along with a number of other Native American tribes, have tales of a Great Flood that occurred just thousands of years ago.  A poem I wrote is based on the Choctaw tale.  I highlight a number of Flood Legends in my latest book Is a Young Earth Possible? and include the Choctaw version. [1]

Sir James Frazer (d. 1941) was an anthropologist, folklorist and classical scholar.  His lengthy work The Golden Bough: A Study in Comparative Religion compares aboriginal traditions from around the world.  I saw a pristine set at a bookstore in Las Vegas a few years ago (Bauman Rare Books).  A used set may run you around $500.  Regarding the origin of such disaster stories, Frazer rightly admits that,

The old answer to the question was that such a catastrophe actually occurred, that we have a full and authentic record of it in the Book of Genesis, and that the many legends of a great flood which we find scattered so widely among mankind embody the more or less imperfect, confused, and distorted reminiscences of that tremendous cataclysm. [2]

Vine Deloria (d. 2005) was a Native American historian and activist from the Yankton Sioux tribe of South Dakota.  He wrote dozens of books and hundreds of articles and testified before Congress and even the U.S. Supreme Court.  Many geologists hold that a giant rock hit the earth and killed off the dinos.  Could such an event explain great catastrophe of the past?  Deloria explains:

But suppose that a major fly-by had occurred within the time period of interest to these scholars, raising the Cascades and Andes, shifting the Alps eastward and tilting them, or creating the Himalayas?  Much of what we regard as geological knowledge would have to be radically revised in favor of a drastically shortened chronology of Earth history. ... Traditional stories about the world ending with massive floods and fires are not taken seriously because we have been taught to believe that no forces more powerful than those we can presently observe have ever been active on the planet. [3]

Deloria challenged the reliability of radiometric dating and Deep Time. [4]  We defend Catastrophism in our two most recent works YES - Young Earth Science and Is a Young EarthPossible?  Check out this cool pro-YES t-shirt. 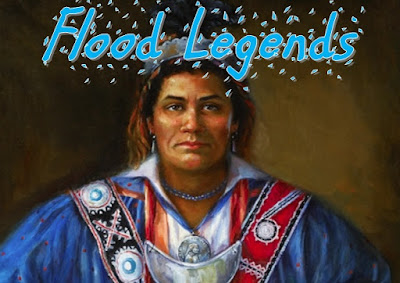 Here we see Choctaw Chief Pushmataha (d. 1824, Wash. DC), who is considered by many as the greatest of all Choctaw chiefs.  He fought in the War of 1812 and rests in the Congressional Cemetery (Wash. DC).  I am a proud member of the Choctaw Nation of Oklahoma.